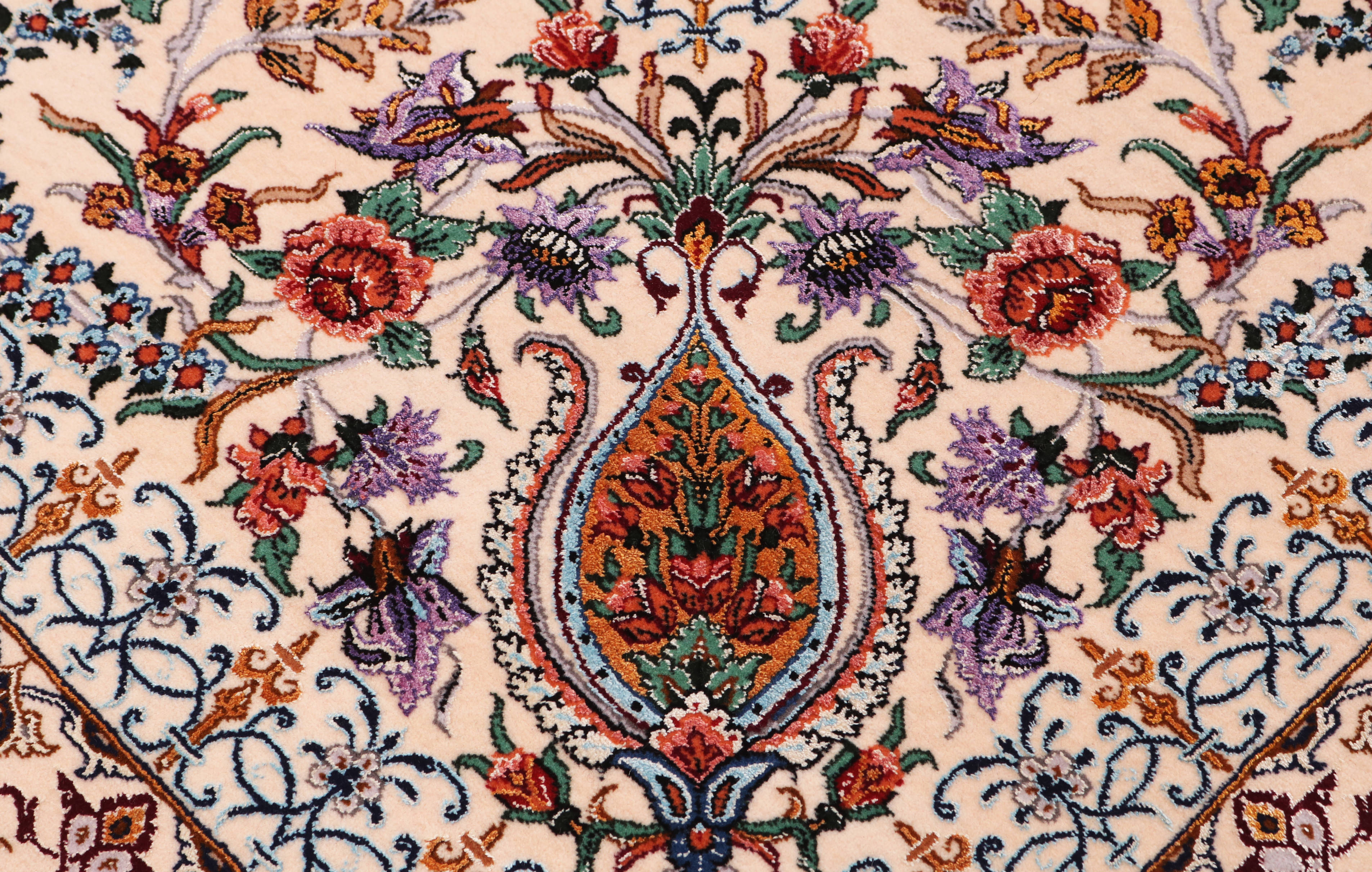 Silk, the wondrous material that gives the finest Supreme Persian Carpets their indescribable sheen and lustre, is perhaps the most incredible material the world has ever known.

The silkworm which produces it, is quite the opposite, being as it is, a rather nondescript little creature, ashy-white to yellow in colour, which spends most of its life gorging itself on the leaves of the mulberry tree. When the worm is mature, it spins a cocoon, which in fact is an unbroken thread of silk, varying between 800 and 1200 yards in length.

To the best of our knowledge, the art of silk gathering and weaving had its beginning in ancient China. There, more than 4000 years ago, a Chinese Empress discovered the secret of the silkworm. She experimented until she found the method of recovering this fine fibre by killing the silkworm moth while it was still inside the cocoon. After her death, Chinese silk workers, installed her as their patron saint, naming her ‘The Goddess of Silk’. Her name continued to be venerated until, in 1742, the Emperor of the time, Chien Lung ordered a shrine be constructed in her honour in Peking-a fitting tribute to one who gave silk to the world.

For many years, the art of silk making was a jealously guarded secret, and woe betides anyone gave it away. By Imperial Decree, he or she would be horribly tortured and then put to death.

Despite these precautions, the secret of silk was soon transported to other lands. About 775, two Persian monks, who had learned the art in China, arrived in Constantinople, complete with a precious cargo of silkworm eggs hidden in bamboo canes. It is from these eggs incidentally, that all the races and varieties of silkworms evolved, which were to supply the Western world with silk for the next 1200 years.

Over the centuries, silk weaving flourished in Persia, Palestine, Egypt and Syria. So much so, that Byzantine silk became world-renowned and in great demand producing luxury rugs.

The artist involved in the creation of Persian carpets soon realised the value of using this unique fibre in their carpets and today, these carpets serve as a testament, to the supreme artistry of the carpet makers and that nondescript little insect, the SilkWorm