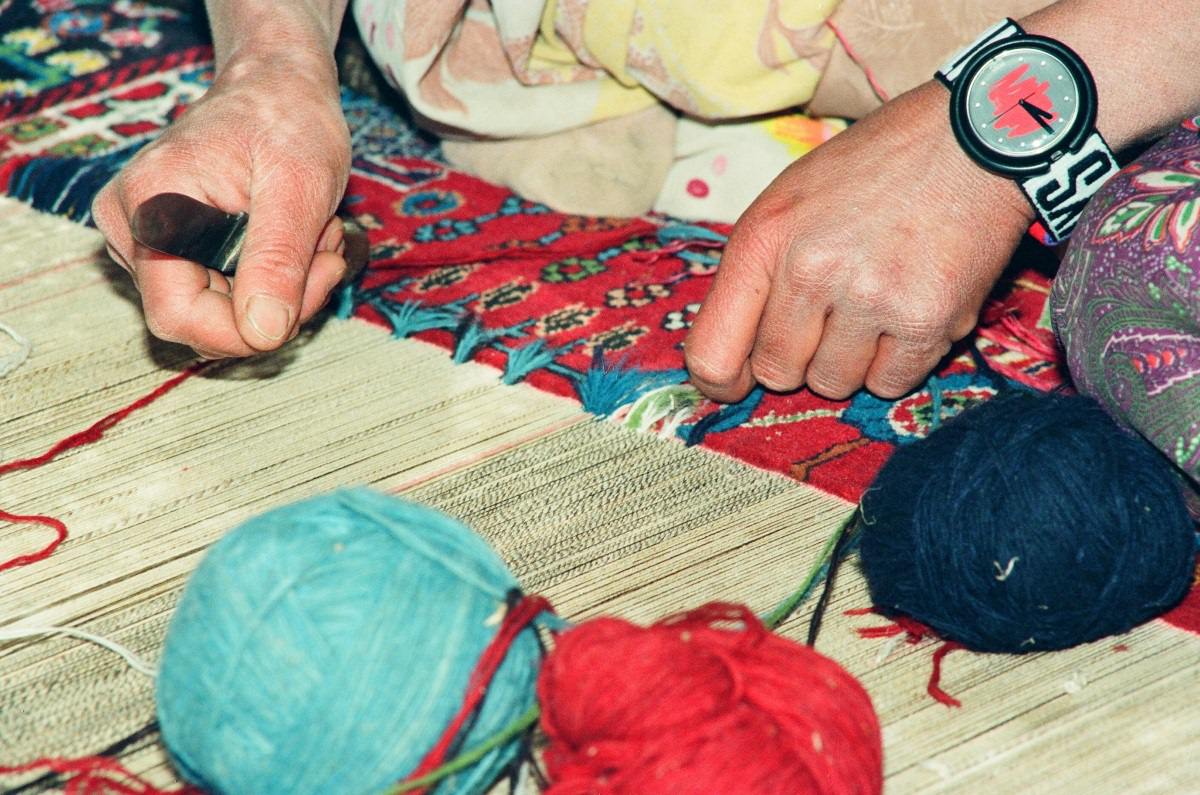 During the past century, the Oriental rug has become valued throughout the world as a work of art. Because of its rich history, colour and design they can performs magic, transforming interiors into extraordinary spaces. The term, Oriental rug, traditionally has been used to describe hand-knotted rugs from the East. The process typically involves stretching warp threads on a loom and knotting the pile to these threads. To a large degree, the precision of the design depends on how tightly the rug has been knotted and how short the pile has been cut.
The rug’s density, or number of knots per square inch, can be a useful indicator of the fineness and durability of the rug — the more knots the better. A superb Oriental rug may have more than 500 to 1,000 knots per square inch. Historically, the great carpet-producing areas include Persia, Turkey, the Caucasus and Turkestan. Afghanistan, Pakistan, Nepal, India and China also must be added to the list, under Arab influence, Spain, Morocco too, has produced hand-knotted rugs of distinction.

Although there are references to carpets by early Greek and Arab writers, just when the first Oriental rug was woven is unknown. In 1949, a Russian archaeological expedition to the Altai mountains in southern Siberia excavated a royal burial mound that contained a miraculously preserved frozen carpet, Known as the Pazyryk carpet, it was used as a saddle cover approximately to 2500 years ago, the rug dates from the 4th or 5th century B.C. and is the earliest-known surviving example of a hand-knotted carpet.
One theory is that the technique of knotting carpets was begun by the nomadic tribes of Central Asia. These tribes produced small rugs typically decorated with geometric motifs inspired by plant and animal forms. For the nomad, the rugs were both decorative and utilitarian, serving as floor covers, wall hangings, curtains and saddlebags.
Because the nomadic carpet-makers were forced to dismantle their looms and move on whenever their security was threatened by natural elements or human foes, their creations may contain irregularities in weave, selvages and design. The nomads are credited with spreading the art of carpet-making to new lands and peoples.
Some of the greatest carpet-making centers developed in Persia and Turkey. Describe the Spring Carpet of Chosroes. This rug was woven of wool, silk, gold and silver. It was studded with precious stones.

The period from the 16th century through the first half of the 18th century is known as Persia’s golden age of rug making. A number of carpets survive from this era and are recognised for their harmony of colours and originality of designs. There are reference to the Italian travellers Marco Polo described the area’s carpets, with their geometric designs and animal figures, as the most beautiful in the world in 1271. Turkish rugs appear frequently in the paintings of well known artists. In fact, German artist Hans Holbein the Younger (1497-1543) painted the geometrically patterned rugs so often that they came to be known in the West as Holbein carpets. It was primarily through Italian merchants that the Oriental rug became recognised and valued in Europe. Venice early established itself as a major trading trader with the East. Venetians spread Oriental rugs along their narrow streets, hung the rugs from windows and used them to decorated their gondolas.
By the early 16th century, Oriental rug collections could be found in the great courts of Europe, including those of Catherine de Medici and Charles V. The Lord Chancellor of England, Cardinal Wolsey, is reported to have purchased 60 Turkish carpets from a Venetian dealer to furnish his palace at Hampton Court.
Western interest in Oriental rugs waned during the 17th and 18th centuries. But after the great exhibition of 1891 in Vienna, Europeans had renewed enthusiasm for the carpets. Americans soon followed suit. Western importers began asking the carpet-makers to modify dimensions, and sometimes colour and design, to satisfy the tastes of Europe and the Americas. In the 20th century, the appeal of the Oriental rug continues to grow.